(This is a work in progress.)

Now let me stop you right here before your imagination gets the best of you and causes you to start inferring an analogy I do not plan on making (I know how people are when it comes to making assumptions and trying to predict the outcome of stories before they’re told). No, the two kingdoms to which I refer are not meant to represent differing political affiliations, religious beliefs, or any other opposing social forces. On the contrary, the two kingdoms to which I refer have no boarders separating them whatsoever —not geographical borders, economic borders, or social borders. And if all of this isn’t already too much of a stretch for your imagination, then try wrapping your mind around the fact that these two very different kingdoms not only coexisting within the same land, but also, for the most part, there are no physical means by which to distinguish the citizens of one kingdom from those of another (be that as it may, you will forget I mentioned all this, and instinctively take the liberty of applying certain characteristics to the citizens of these two kingdoms as I describe them).

I know. I know. It’s all a bit too much to try to understand right now, but keep on reading and let me see if I can clear things up for you, okay? This story is a little more important (and more real) than you realize right now. Don’t worry, it’ll all start to make sense to you soon enough. Unless of course… well, you’ll see.

Of the two kingdoms, I was born and raised in some of the deeper darker valleys of what I’d like to refer to as the Upside Down Kingdom. 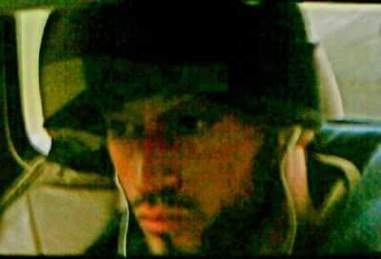 Yes, there were other citizens of the juxtaposing Right-side Up Kingdom also residing in this deep dark crevice, but unlike them, the citizens of the Upside Down Kingdom were misguided people whose limited degree of understanding created unseen conditions which collectively served as a oneway barrier, making entrance into the Upside Down Kingdom easy, but escape almost impossible –and I was brought up within a very thick circle of Upside Down citizens.

I think it’s important you know I don’t believe in the word “impossible,” and I don’t use it lightly when I say escaping the Upside Down Kingdom is “almost impossible.” Not only are there no visible borders to distinguish one kingdom from the other, but also, the citizens of the Upside Down Kingdom believe there is only one kingdom —their own —and they never let the opportunity pass to pontificate their self-serving belief. While there are many among them who will eagerly stick out their foot to trip you up when it seems like you’re going somewhere in life, there are also some among them who will applaud your efforts to discover the Right-side Up Kingdom, even though they truly believe such attempts to be futile. For the most part, it is not with malice or ill-will that they share and spread their idea that the Right-side Up Kingdom is a myth, for they honestly believe it to be the truth of the world in which they live —one world with one kingdom full of unjust limitations.

Let me assure you that there does exist —on this planet —a kingdom where anything is possible. Perhaps I should finally explain, the Right-side Up Kingdom is the place where people are introduced to their true selves. The place where people discover the hidden reservoirs of ability and genius that exist deep down within them —reservoirs of ability and genius that are unveiled when people discover and pursue their passions. Unfortunately, the Right-side Up citizens are few and far between.

Then again, given the nature of mankind, perhaps their scarcity is a good thing considering their low population does nothing to limit the influence they have over the entire world. It is for this reason, of course, that the road leading towards the Right-side Up Kingdom is not more clearly marked out. In fact, the path to obtaining Right-side Up citizenship has been made so obscure that even many Right-side Up citizens have skewed visions as to what separates the two kingdoms and what distinguishes the citizen of one kingdom from the other. This confusion leads to many other problems, however, these problems are minimal compared to the conflicts that the Right-side Up Kingdom already faces. You see, there are egotistical citizens of the Right-side Up Kingdom who unscrupulously use their ability and genius in an entitled manner. Such conduct coming from someone fully armed with their innermost ability and genius can cause the world to suffer consequences far beyond their understanding. And with little or no moral compass, they rarely give consideration to the effects their behavior has on others. I’m sure many of you can’t help but read this paragraph without picturing a certain demographic that fits the description, but I beg you to remember what you were told at the beginning of this story – there are no borders separating these kingdoms. The people I am describing here are poor, rich, religious, secular, and so on. And this is the greatest problem they present; they promote fear and anger, and they cause people to quarrel and complain. Not only do their selfish actions often prove to be detrimental to others, but they also do much to contribute to the cynical dispassionate narrative that leads people, who might otherwise become great Right-side Up citizens, to become distracted, confused, and lost in the wilderness of the Upside Down Kingdom.

Although I was born into the Upside Down Kingdom, I am a natural born citizen of the Right-side Up Kingdom, and I have always known that I would one day find my way to where I rightfully belonged. Having witnessed, first hand, the effects of the organically spawned propaganda which is now inherently

Never underestimate the power of the narrative! NEVER! It’s all that stands in the way of so many hopes and dreams. There’s no reason why cynical dispassionate narratives should dominate the minds of the masses.

I’ve made it my mission to expose the unseen barriers of the Upside Down Kingdom by making people more aware of the outside influences that discourage and mislead them, NOT for the sake of condemning or battling these negative forces, but for the sake of avoiding them, overcoming them, and one day outnumbering them.

I’ve made it my mission to design and create paths that lead to the Right-side Up Kingdom, and illuminate these paths in a manner which exposes the moral compass of those whose inner lights have been dimmed by the narrative of the wayward masses.

Join me and Become a Unifying Influence in Life Development!

B.U.I.L.D. the world as it should be —happy, positive, empowered, and successful!

Katherine Boo — “We can talk all we want about how corruption or indifference robs people of opportunity— of the promise our societies squander— but
if we don’t really grasp the intelligences of those who are being denied, we’re not going to grasp the potential that’s being lost.”

Napoleon Hill — “A genius is simply one who has taken full possession of his own mind and directed it toward objectives of his own choosing, without permitting outside influences to discourage or mislead him.”

Earl Nightingale — “When a boy is born, there is only one thing on this earth he can do, and that’s to begin to think, act, and talk like the people by whom he’s surrounded. This is all in the world he can do. But right off the bat, the odds are 95 to five he’s thinking , acting, and talking like the wrong group. They’re wonderful people. They love him. They’ll do anything in the world for him. They want him to succeed, but the odds are 95 to five they haven’t got the answers he needs if he is to reach fulfillment as a human being — if he is to reach this success that he wants. If he is to reach into these deep reservoirs of ability and genius we know he possesses and draw them out.”

James Allen — “We are made or unmade by ourselves. By our thoughts, we forge the weapons by which we can destroy ourselves. Likewise, we also fashion the tools with which we build for ourselves heavenly mansions of joy and strength and peace. By the right choice and true application of thought, we ascend to the Divine Perfection; by the abuse and wrong application of thought, we descend below the level of the beast. Between these two extremes are all the grades of character.”

And many many more…